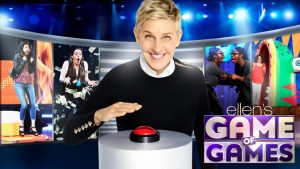 5 thoughts on “Ellen’s Game of Games”