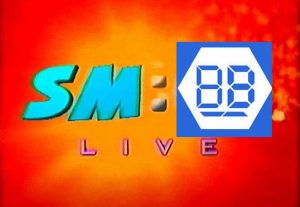 Right, at the beginning of the week I had posts lined up all the way to Thursday, but because I’m getting old I forgot what I was going to write on Wednesday and yesterday. Probably something deeply important.

But not as important as THIS! Game Night 11 sees your favourite Game Night panellists (and some newbies) take on Team Audience across the Jackbox Party Pack Games suite all to earn some sort of advantage for the Arbitrary Final. As ever YOU are an important part of the evening playing along and providing judgement, and with Team Audience so close to winning the night last time will this time be the one where the collective beats the individuals? Who will get their automatic spot for BBGNXII: Champignon of Champignons on October 20th, the weekend of Jackbox 5’s release?

To join in make sure you’re watching our live stream (which will be here but I recommend watching it on the actual Youtube site for a lower delay) and log in to each game by putting your name and room code to jackbox.tv.

This episode one audience member with a microphone will get to play as The Voice Of The Audience in the high-octane skill-based endgame. So if you’ve got a microphone and can stand the pressure of representing millions of people, and you’ve got a Twitter Account so I can send a Hangout link, let me know in the Youtube Chat or on Twitter #bbgnxi and I’ll pick someone arbitrarily.

So join us, good luck and have fun!