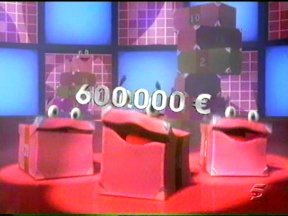 Here are the opening titles, some singing boxes. Sing along if you know the words! 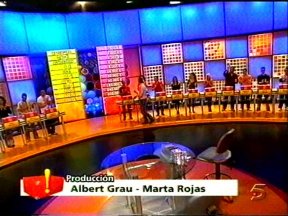 The set with its tasteful orange and pink decor. 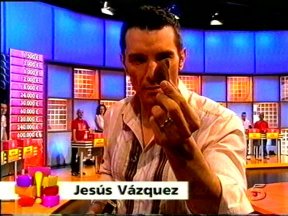 What a friend we have in Jesus, and here he is holding a walnut, for no reason other than later on one of the contestants is going to show us his party piece of cracking it open with his backside, whilst staying up on two legs. Yes, really. 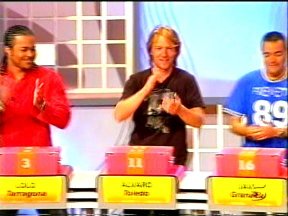 All the players get introduced. The new player seems to be on the end, whether this is by accident or by design I don’t know.

Like other European versions, each one seems to represent a region of Spain. 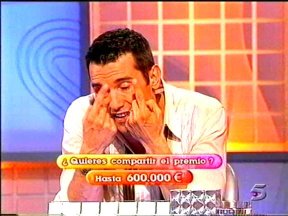 Viewer competition, it appears you have to guess which box the top prize is in. We believe today’s contestant splits the prize with the lucky home viewer. 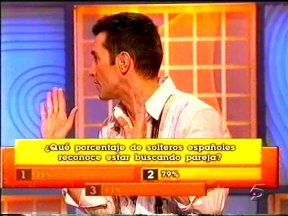 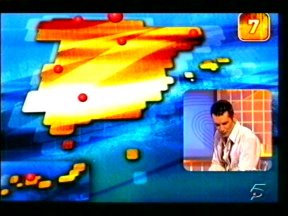 Seven people got it right. The balls represent the places those people represent. The large ball flashes over them at random. 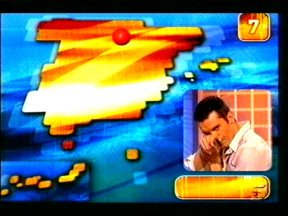 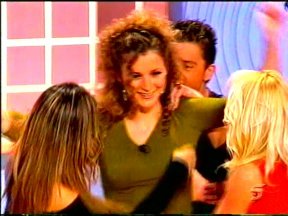 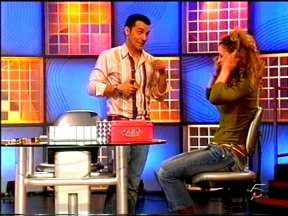 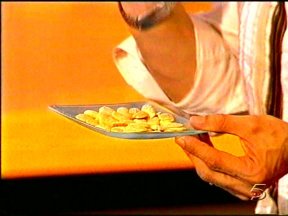 There are three gag prizes on the board this evening, and here’s one of them. 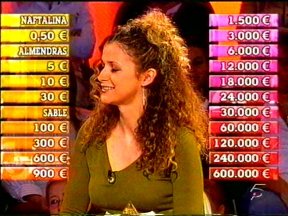 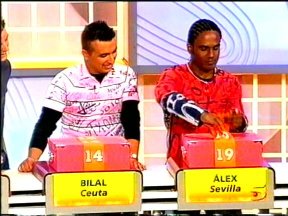 When a contestant opens the box, he breaks the paper seal around it, it seems customary for them and neighbouring sontestants to peek inside and react… 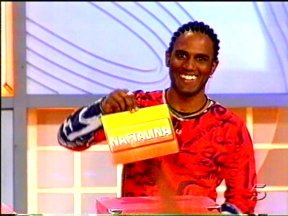 And then pull out the card.

Orange figures get a little fanfare tune, pink ones a rather nasty draining sound effect.

Boxes with €60,000+ are accompanied by appropriate number smashing graphic. 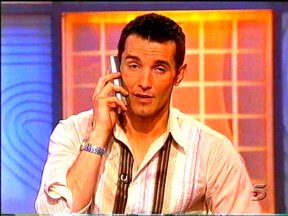 Six boxes in the first round, three in the subsequent two rounds, and then it appears to be two boxes a round thereafter.

The Banker calls on a cordless phone. 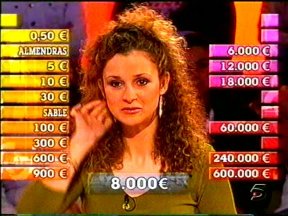 Not a very good oopening round really. The offer is rejected. 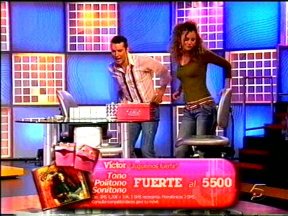 It is going quite badly, frankly. So Jesus declares it’s time for a dance. 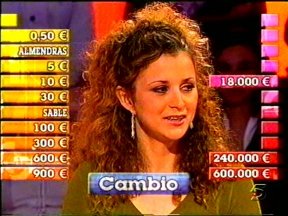 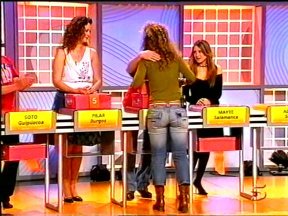 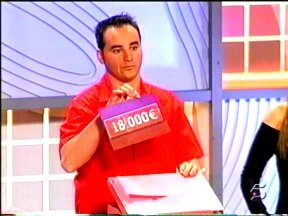 …only to find out she was holding a decent amount all along. 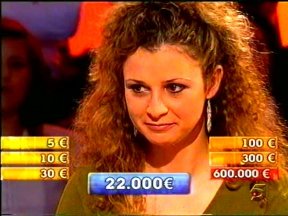 Jumping towards the end now, she finds herself in this position. 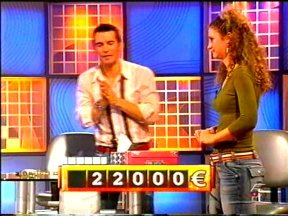 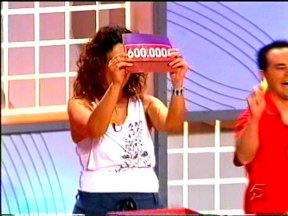 And is a good call! She’d have wiped out in the very next box!

The game is pretty much over now, so everyone except the person furthest right just goes on and opens their box. 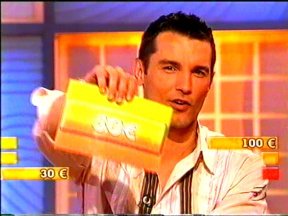 It looked very dicey all game, but it was the right deal at the right time!

She was holding €30 after the swap. 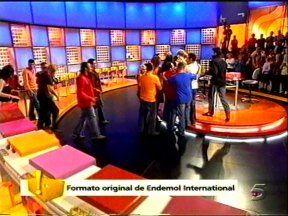 Everyone gathers round to congratulate her. Join us tomorrow!

This article was originally written in 2006, the following comments were originally left in the comment box:

Joe Raygor:
What DoND would have looked like in 1987! Gah, is that a tacky set!

I’m curious what they were smoking when they made that mega-bizzare singing boxes intro!