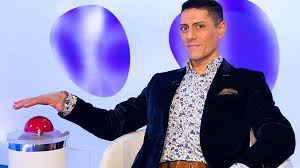 CJ de Mooi is back, BACK, BACK! In his own Eggheads spin-off with Jeremy Vine, where a team of five take him on to win thousands of pounds. They are already promising a de Mooi/Vine bromance.

This will either be hilarious, or tries too hard to be hilarious and comes across as embarrassing. Who knows which it will be?

We actually don’t know much about the format although there will inevitably be comparisons made to The Chase. De Mooi certainly seems like the Egghead able to play a villain most convincingly.

Interestingly (or not) it looks like there’s a new Egghead coming when the main series returns.

59 thoughts on “Show Discussion: Revenge of the Egghead”