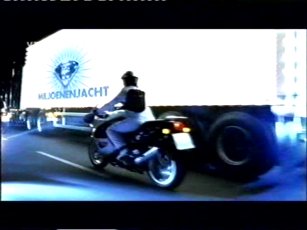 This is almost exactly the same format as the Dutch show. As you can see, the Belgian logo is on the side there. 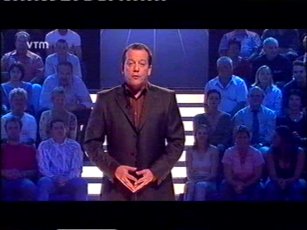 Although seeing as he also hosts Wheel of Fortune and Fear Factor (the dullest version of it, at that) there may well only be three or four television presenters in the entirety of Belgium. 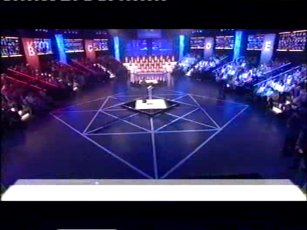 This is the world’s most massive studio.

The quiz section is the same as the Dutch show, although there are only six blocks, labelled A-F.

The 26th person is found randomly (again, with the Random Remote O’ Doom) and again is offered a prize to leave the game. An LCD TV in this case. 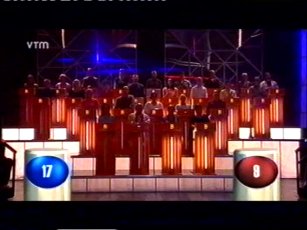 The podiums are a little less impressive and more functional looking than their Dutch counterpart. 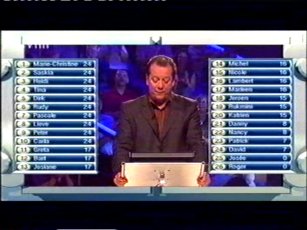 The correct way to describe the Belgian graphics is “like the Dutch graphics, but mintier”. 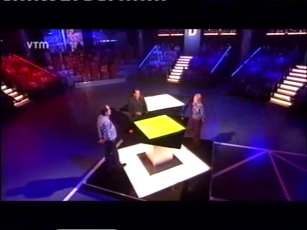 Two people face off in the temptation game. Who will go for the prize? 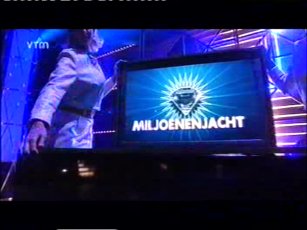 And inside the mystery suitcase is a large plasma TV! 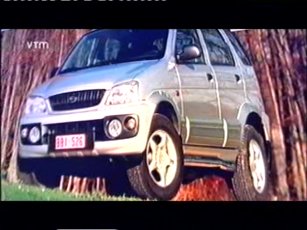 Which turns into a film of a large land rover! 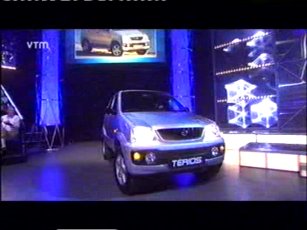 Which drives into the studio! Yes! She’s won a lovely car! 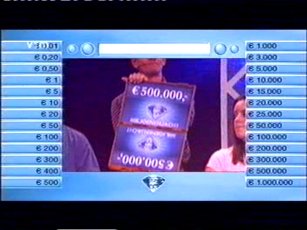 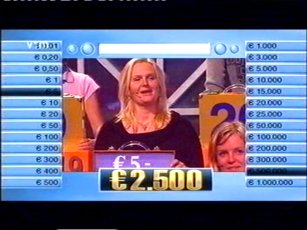 This woman has made a correct guess and wins 2,500 Euro for her trouble. That’s 100 Euro for each unopened briefcase. 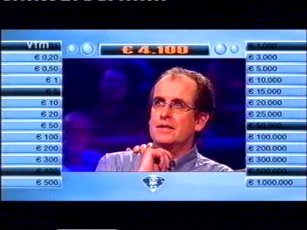 And there’s a bank offer.