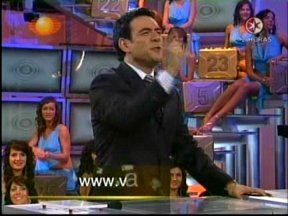 This is where our tape starts, at the podium game. We don’t know if there’s more before this.

Edit: Yes there is, there’s the audience voting game like on the other primetime versions. 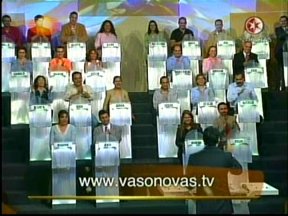 The podium game is very simple – two multiple choice questions. The fastest correct answer in each case joins the host for the head to head. 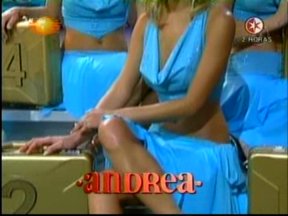 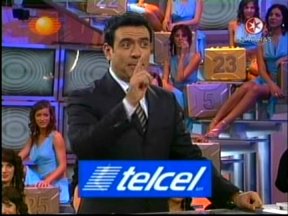 There is a lot of logo advertising like this thoughout the show. A large amount of these are for credit cards. 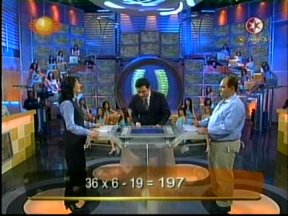 The head to head – a maths question.

At this point you realise the whole show is being broadcast from a shoebox. 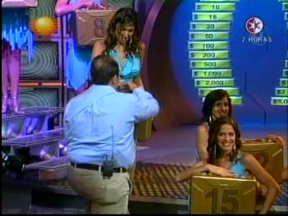 And this winning gentleman, Barry from Eastenders, gets pick of the models. 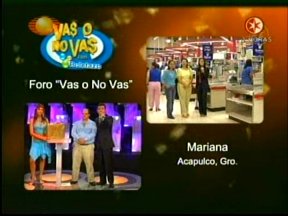 There are often live link-ups to a supermarket for a reason we’ve yet to discern. 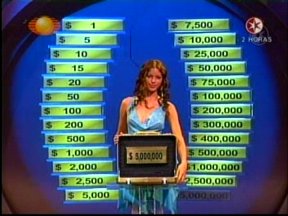 The other boxes are opened by the models holding the boxes. He’s made about the worst pick it’s possible to make to begin with.

In this show there is no money for losers to make correct guesses. We’re told that they’ve added this to more recent shows, although the models still open the boxes.

The audience like to chant the lowest possible amount – “peso! peso!” with the opening of each case. 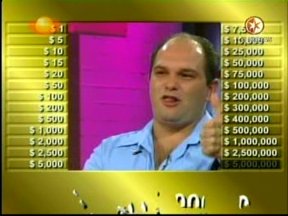 There’s still a traditional scoreboard though. Each amount is accompanied by the sound of a glass smashing. 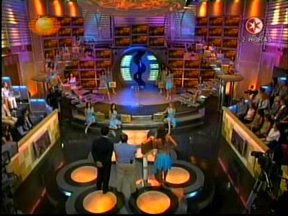 This is excellent – it’s time for the bank to make an offer.

A suited woman comes out of the sliding doors in the centre. 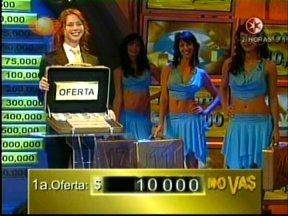 She fingers the briefcase suggestively, the counter down the bottom spins and then a cold female voice off stage announces the bank’s offer.

And that’s the Mexican show for you. 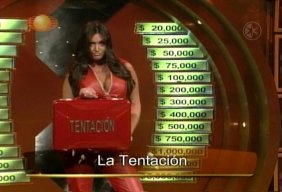 Thanks to Travis P for providing some pictures, in more recent episodes of Vas or No Vas, the contestant who wins the right to play the briefcases first decide whether to give into Temptation or not. 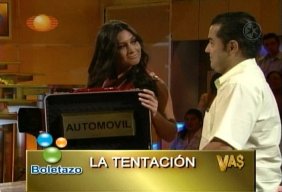 We must confess, we find the way they do this from the pictures hilarious (in a good way). We don’t know if there’s a scantily clad male waiting if the winning contestant is female. Or gay, But seeing as it’s Mexico, probably not.

He’s offered a car to leave the game and give the briefcases to the losing opponent, although he doesn’t know how good the car he might be taking is.

This feature was originally written in 2006, the following comments were left in the original comment box:

Jonathan Rothwell:
As I understand it, the suited woman is meant to be the Banker’s assistant, or perhaps secretary. I suspect that, unusually, the Banker may be female in this version, which may explain the booming female voice. Vas o No Vas translates as “Go or No Go”.

Incidentally, it appears there was a daytime version, which included a top prize of a million pesos and three booby prizes.

Rather amusingly, in the USA version of Vas o No Vas‘s keypad busting quiz appears to be sponsored by T-Mobile. So the quiz was done on mobile phones. Also, as I understand it, the models are called las bombaletz (the beauties).