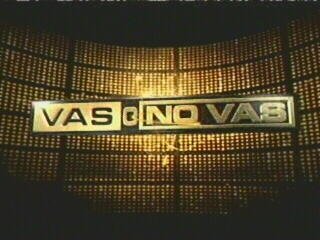 In 2006, Vas o No Vas finished in Mexico, but moved over to the US for showing on the spanish speaking network Telemundo.

The contestants all live in the States, but come from Spanish communities.

Thanks to Mike Klauss for these grabs. 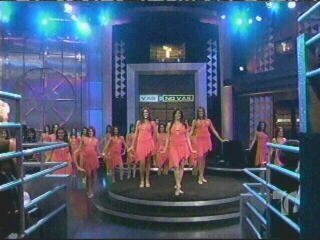 Here are the Bombaletz, evidently this is the show’s opening dance.

The set and graphics are evidently a mishmash of styles – the graphics are lifted straight from the original US version. 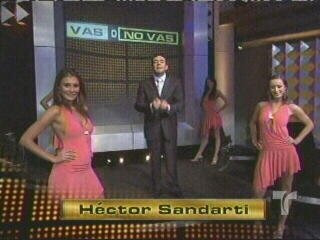 There’s a quiz at this point. The audience are split into two halves, and each half faces against itself to find a winner. This is done using a keypad busting quiz.

The two half winners are bought down for the face off – another quiz. The winner of which is offered a prize by La Tenacion (The Temptation) to give up their position as tonight’s suitcase player and hand it the right to play for the big money over to the losing finalist. 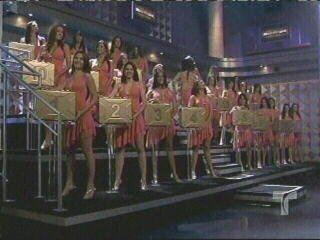 The Bomboletz seem to come out of a safe and they line up on the stairs. 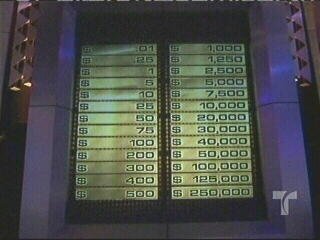 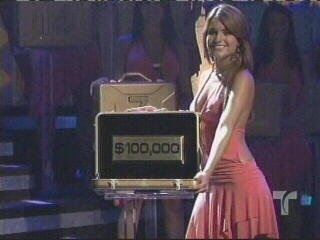 He didn’t want to pick that one. 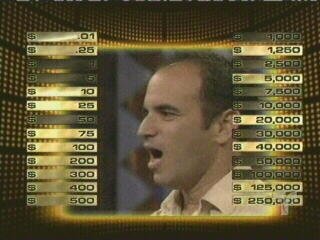 The state of play. 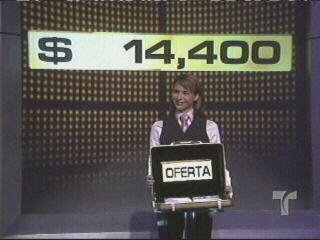 It’s the same bank model from the Mexican show!

Sandarti appears to communicate with the bank through a wireless phone. We don’t think there’s a booming cold voice like in the Mexican show. 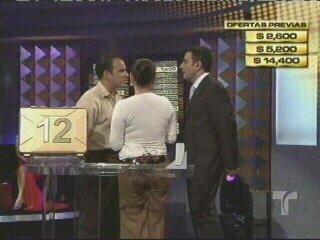 We quite like that screen behind the contestant showing the state of the board.

Here are the previous offers also. 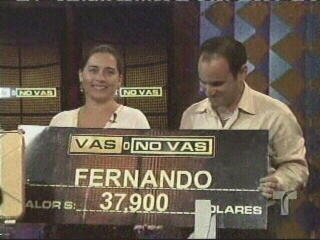 And here’s the money shot.