It might look and feel a bit like an own brand Remote Control, but actually Test Pattern had a lot to recommend it. MuchMusic was also Canada’s answer to the American MTV. Test Pattern ran for two seasons from 1989. 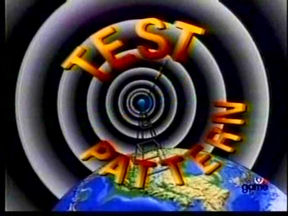 The intro is this, followed by various black and white archive clips to a rock background. The show is sponsored by Labatt’s Blue. 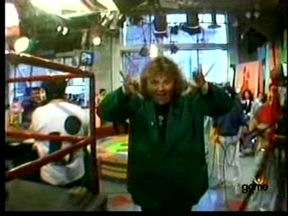 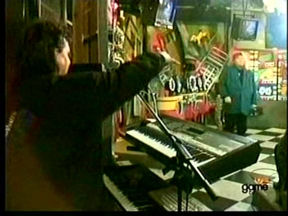 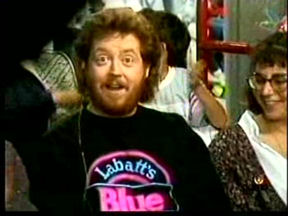 … and here’s our announcer Colin Quinn. Bill Carroll, I mean. 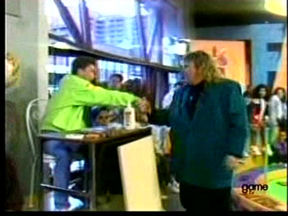 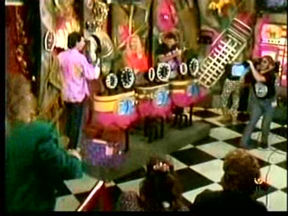 Our three main contestants join the studio. The guy in pink on the left is the returning champion having won four games in a row. A fifth one retires him with a mystery holiday prize. 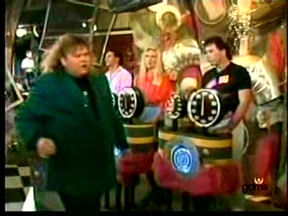 Scores are tracked on those rather neat speed-o-meter things, one for 100s and one for 10s. 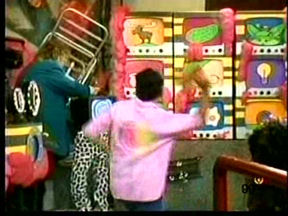 Each round begins with a contestant chucking a foam brick at one of nine cardboard television screens. Some have question categories, some have bonus games. One has a “switch” and is to be avoided.

You seem to keep throwing until you hit one, the audience are inclined to boo if you miss too often! 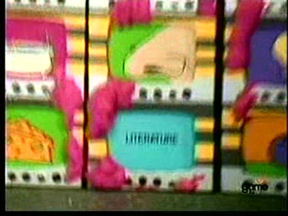 And behind the eggs is ‘literature’.

There are six questions in each pack. Many are multiple choice (revealing the three options before the question itself), some are true or false, some are straight Q and A. A correct answer in the first half of the show scores 10 points. They are all on the buzzer. They certainly aren’t all gimmes.

In some question packs, some rather smutty gag questions are asked: “Hustler, Playboy or Penthouse: which has the better pictures?” Any answer is deemed correct for these! 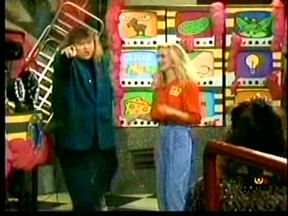 This contestant has found Cold Cash, a bonus game. 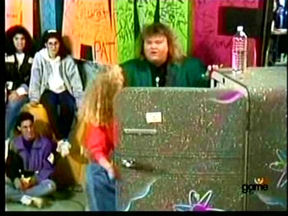 They go over to the fridge, where most of the show’s prizes are kept so it seems.

Inside are three envelopes – cold, colder or coldest. She picks one and gets to keep what’s inside – usually comically small values of food vouchers. 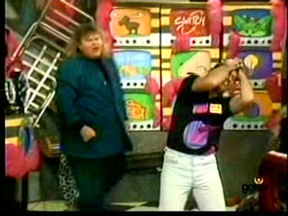 Unfortunately this contestant has found the Switch, and so has to swap places with the on-deck contestant. 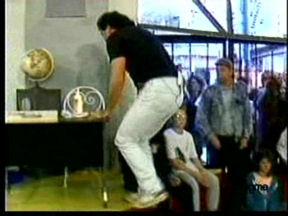 If he’s very fortunate, he might get the opportunity to come back later on in the show. The new contestant inherits all the old contestant’s points. 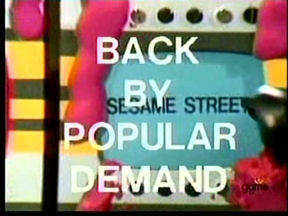 Round two is the same as round one, except each correct answer is worth 20 points. 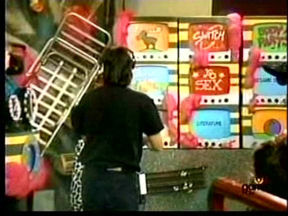 Everyone having had a go, a crew member gets to chuck a brick to determine the final category. 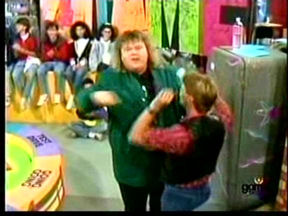 After the break, this audience member is going to be put on the wheel and spun! 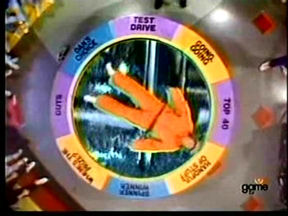 Each contestant gets one spin of the wheel and gets to play the game or quiz landed on. Some games are repeatable, some are not – landing on a non-repeatable game that’s already been done seems to give you a free choice. Some games are played for points, some for prizes.

I have no idea what the background image is meant to be here. 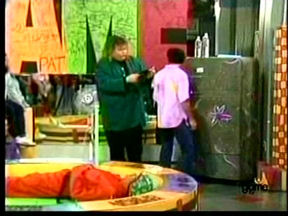 This guy is playing Top 40 – a question about music for 40 points. 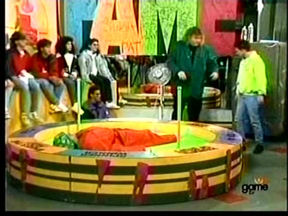 This guy is going to play Where’s the Prize? Where he must guess if a prize token is hidden in a washing machine, the lockers or Bill St Love’s pants. Having had a root around the pants, he finds a prize token and wins some hair care products, a bag of mothballs and a tin of canned fish. 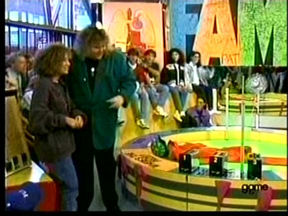 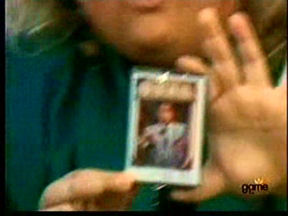 And she’s won a lovely tape of oriental music! 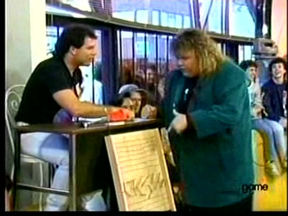 There’s just time to check in with our on-deck contestant, who appears to have made a game called Danko – like Plinko, but with more Dan. 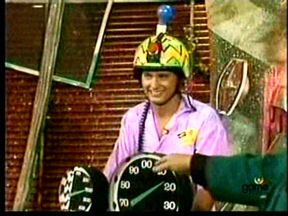 The lightning round is a quickfire buzzer quiz with fairly easy questions that lasts for precisely 58 seconds. Contestants buzz in by smacking the button on their helmets. 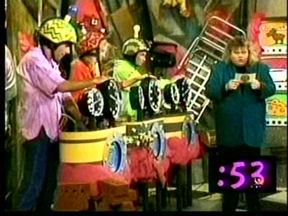 Unfortunately it’s quite difficult to see the scores during this round, so whilst I think it’s 10 points on or off per answer I’m not certain. Doubtless someone reading will know. 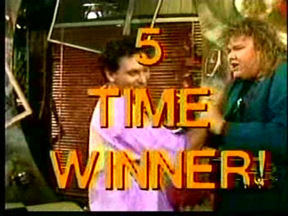 And our champion has won! He’s won a trip for him and five friends to go white water rafting. Brilliant! 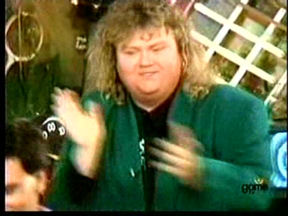 And that’s all for today.

Dan Gallagher was found dead from a sudden illness, believed to be pneumonia, in 2001.

This feature was written in 2009, the following comments were left in the original comment box:

There is a Tourney of Champs episode that is floating around during the game tv reruns as well. It seems like that there were bigger prizes in season one… one of the players if memory serves won a trip to Mexico, one to Jamaica.

Thanks for recapping this! I do believe that it is one of Canada’s game show gems.

drew:
Man, this is one of my favourite game shows from my home and native land, Canada.  The background images on the “Wheel of Jeopardy” usually somehow relate to the day’s theme.  You see, every day has a different theme, usually a salute to x.