We will be honest with you chums, we don’t tend to enjoy writing feature articles on quizzes (and this is no exception, we’re doing this one to “fulfill” our “quota”) because beyond giving you some shots of the set (which will remain the same throughout the show) and telling you how it works there’s not really an awful lot to say, especially when they’re quite dry..

QuizMaster has a slightly more interesting history than most however. It’s actually a BBC format from the same stable as Weakest Link which was piloted as Ruthless and hosted by the late great Christopher Price of Liquid News fame. That’s as far as it got here, and it never actually made British screens. The format sold however, and Australia turned it into a big money show. 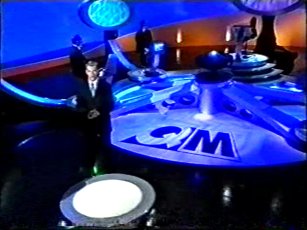 Here is our host Simon Reeve, known to Australians as one of the reporters from science and technology show Beyond 2000. 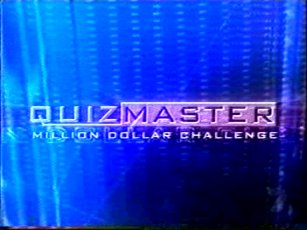 And here are the titles.

The reason the show is called QuizMaster is because all of the contestants had already made names for themselves winning cash and prizes in other quiz shows. The four contestants playing today have amassed a total of over $1m between them in their quiz careers. 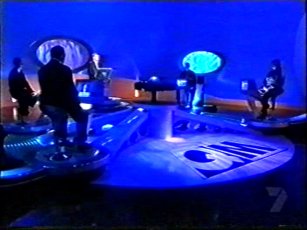 This is the first time any of them will have taken each other on. 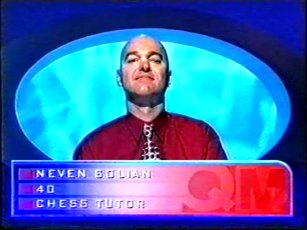 And here’s one of them. 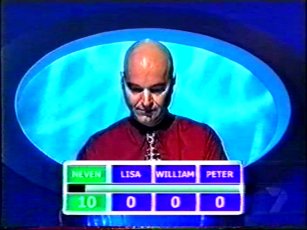 Round one is a straight first on the buzzer round and it lasts for two minutes. Each correct answer is worth 10 points. The clock is that bar in between the names and the players.

All questions in this show are general knowledge – there’s no category picking here. 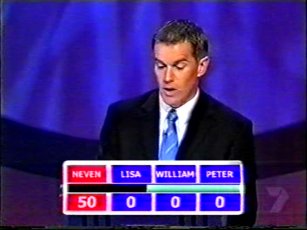 A wrong answer means that you are frozen out of the next question, and your name turns red. 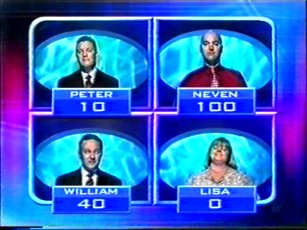 And here are the scores at the end of the first round. Neven’s rather running away with this. 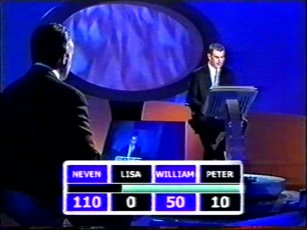 Round two is the team-play round. Starting with the person who has the lowest score, they pick a partner to play with.

They are then asked sixty seconds worth of questions, alternating when one partner gets a question correct and staying with them when they get one wrong. Each correct answer earns both people in the partnership 10 points.

The nature of this round means that the person in the lead will only get one go whilst the other players may get two or three, as they don’t want the leader earning any more points than necessary. 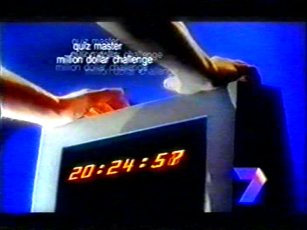 One of the things we always quite liked about Channel 7’s presentation around this period is that each show would have its own specially made set of break bumpers pertaining to it. Here, the voiceover announces that it’s only 20 minutes until the nailbiting end game, so basically if you’re bored you don’t have long to wait for the exciting bit! 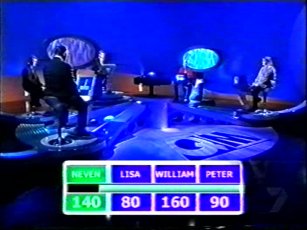 Round three is “points-steal”. You can probably guess this bit, it’s two minutes of questions on the buzzer and if you get one right you get to steal ten points off of another contestant. 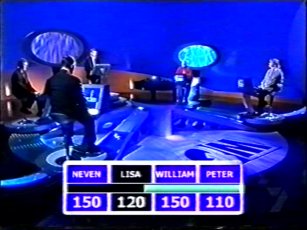 Round four is “isolation”. Each player in turn chooses another competitor to isolate. What follows is a sixty second buzzer round, three against one. If the team get a question correct then each of them scores 10 points, but if the team get a question wrong then they are all frozen out of the next question. The same applies to the isolated contestant 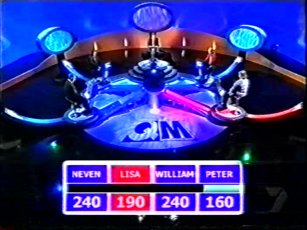 One nice aspect of the set is the way it lights up when a contestant buzzes in or is excluded from the next question (like this in fact).

However it isn’t something you get to see an awful lot of, as it tends to quickly cut to a mid-shot when someone buzzes in. 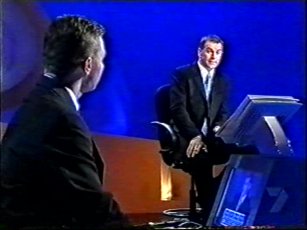 The final round now, but as the player in fourth place Peter can’t win. Instead if he gets a question right he gives ten points to the player of his choice, he could well be “investing in his future” – for reasons that will become apparent soon.

Interestingly as a side note, I’m not entirely convinced that this rule has a place here in the same way it probably would have worked in Ruthless with its probable lower calibre of questions and doubtless more emphasis on personality clashing. 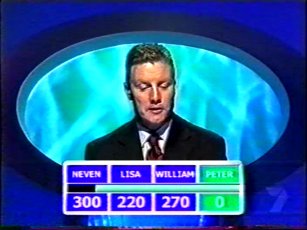 And here he is giving points away here.

This final round is a two minute buzzer battle, and correct answers allow you to take 10 points from an opponent. There’s an awful lot of peg the leader rounds here aren’t there? 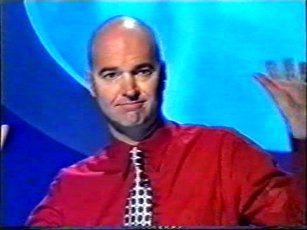 And Nevin’s our winner!

As the winner he will have to select a teammate for the endgame – here’s where Peter giving away the points might help him out. 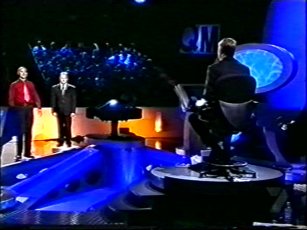 But with the questions in this end game apparently going to be much tougher, he does the sensible thing and chooses second placed William to join him on the hot spots. 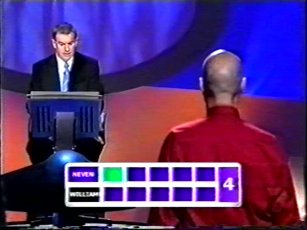 To win the endgame, Nevin must get five out of ten questions correct. If he doesn’t, he wins nothing.

However, if he doesn’t know an answer he can offer it to William. However, everytime William gets one right, Nevin must pay him $50,000 out of his $250,000 prizemoney. You don’t want to leave with nothing, but you don’t really want to give too many away!

He’s only got one question right so far and he’s on question four. 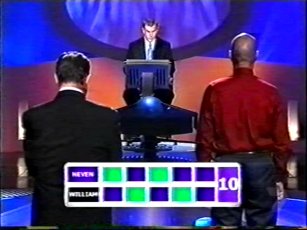 This bit of the show is dragged out for ages for no discernable reason. As we can see, it’s question 10 and both contestants are on $100,000 each. 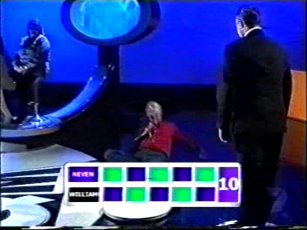 And he’s done it! And pretends to faint. He takes home $150,000 and can come back next week to take on three other competitiors in a bid to up his winnings. William goes home with $100,000, not bad for a night’s work.

This article was originally written in 2005.