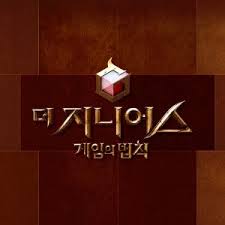 We’re keeping our fingers crossed for English subtitles. Amazing Youtube user Bumdidlyumptious very kindly subbed the first series and has suggested they will do the second. Don’t expect them immediately, would be my advice. Unfortunately Youtube has taken them down but they might still be possible to view, you can follow on Twitter for latest news. Edit: they’re viewable through links on her Tumblr.

What is The Genius?

The Genius is a very interesting South Korean cable reality game that pits 13 Korean celebrities against each other in social games of strategy, logic, mental agility and psychological skill. Winning games means winning garnets, the show’s currency, which can be used to make games easier (buying extra hints, for example) or for use to buy favour with other contestants. Losing games means risking elimination in the Death Match. At the end of the series the last player standing gets all their garnets converted into hard cash. It’s heavily influenced by the Japanese Liar Game manga series.

It’s also very stylish, with interesting use of flashbacks and forwards, graphics, and a terrific soundtrack borrowed variously from films and amazing Korean electronic band Idiotape. I wholeheartedly recommend their album.

And if that trailer looked good, you can watch the entire first series subbed. Here’s what we thought of it.

If you’re a regular reader of the Bar it is very likely this is a show that will hold some appeal for you. For the second series I thought it would be fun to have its own page for discussion of the show – quality of challenges, quality of strategy, quality of contestants. There’s likely to be a lot to talk about!

Spoiler Warnings:
If it has been subbed it is fair game. Links to subbed episodes can be found on Bumpdidlyumptious’ Twitter feed. Enter at your own risk!

If you’re watching it from Korea (for example!) we would appreciate limiting discussion to episodes that are viewable with English subtitles.