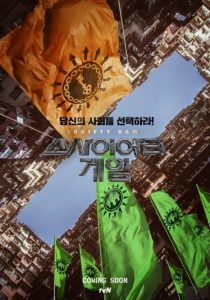 We’re a site with a mainly UK audience, please don’t discuss an episode here until the English subtitles for an episode have appeared. Thanks!

Here are the basic rules:

We started discussing Episode 1 here but hopefully anyone who wants to discuss the rest of the series can do so here.