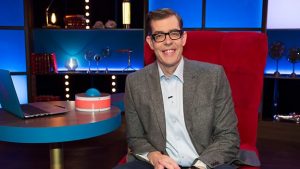 Richard Osman’s House of Games (or ROHOG, as all the cool kids are calling it) begins a second run of shows after a successful 15 episode run last year. The commission for this one is fifty, but whether they’ll show them as one block or several remains to be seen. Being the BBC, they’ll probably show the new series for a few days and then put repeats on.

Lots of new games promised, which is good as the show is not immune from the Laws of Mini-Game Fatigue, Osman or no Osman. Also new prizes by the sounds of things.

We discussed series one here.