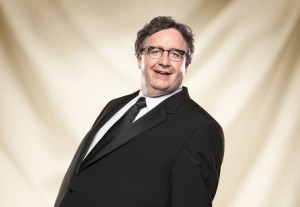 Jolly actor Mark Benton invites four people to put their knowledge and bowling skill to the test in a show of brains and balls. The better they are at answering questions, the more favourable the conditions for bowling. The aim is to bowl as close to the edge of the lane as possible without going off the end.

Quite a fun idea, but I found it quite frustrating to watch in the audience – a game of accumulation which thwarts accumulating is a difficult watch for a viewer, it might have been better to eliminate the “danger zone” element completely. Still, your mileage may vary.

66 thoughts on “Show Discussion: The Edge”