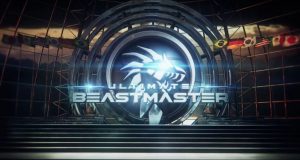 Now this is quite exciting and no mistake, Netflix enters the obstacle course reality competition genre (Christ) with the Sylvester Stallone produced Ultimate Beastmaster, apparently filmed on the old [Total] Wipeout ranch in California.

In each episode 18 contestants, hailing from the US, Brazil, South Korea, Mexico, Germany and Japan compete to complete the ultimate obstacle course, the Beast. The winners of the nine preliminary episodes will compete in the final for the honour of being the Ultimate Beastmaster. Edit: We misinterpreted this, each episode has 12 contestants, there are 18 contestants from each country across the series.

Each of the six participating countries have their own set of hosts and commentators, for us in the UK we will presumably have ex-Millionaire host and American football player Terry Crews and FOX Sports broadcaster Charissa Thompson but it wouldn’t surprise me in the slightest if there were options for watching the other streams, or at least foreign dubbing.

We hope this leads to Netflix trying its hand at reality competitions (cough The Genius cough), or at the very least it will be interesting to see what they might buy-in for international audiences if this is successful.

Because of the nature of the broadcast, you must be prepared for spoilers if you enter the comments, non Beastmaster chat should probably go in the post previous.